A lawyer by training and a winemaker by choice, Giovanna wants - like so many of our principals - to prove to the world that it is possible to make great wine in unfashionable appellations.  With the help of Federico Curtaz and Attilio Pagli, two of Italy’s leading consultants, she is well on her way to restoring Bardolino’s somewhat tarnished reputation.  A native of the region, Giovanna was as surprised as anyone when Bardolino Superiore was promoted to DOCG status.  It is a sprawling appellation with little to distinguish ‘Classico’ and ‘Superiore’ from the straight Bardolino.

Giovanna’s choices - including high density planting, new clones, and very low yields - are far more relevant.  Her wines are concentrated but still light with redcurrant and cinnamon on the Bardolino.  As good as it is, however, I prefer the Chiaretto.  In 2008 Giovanna dragged me around what appeared to be every square metre of the estate showing exactly how she’d coaxed her beloved Corvina to a perfect state of maturity so that she would not be required to macerate on the skins to obtain the colour.  In my book it’s Italy’s finest rosato, with a dash of colour and sublime purity. 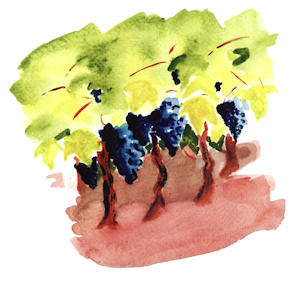